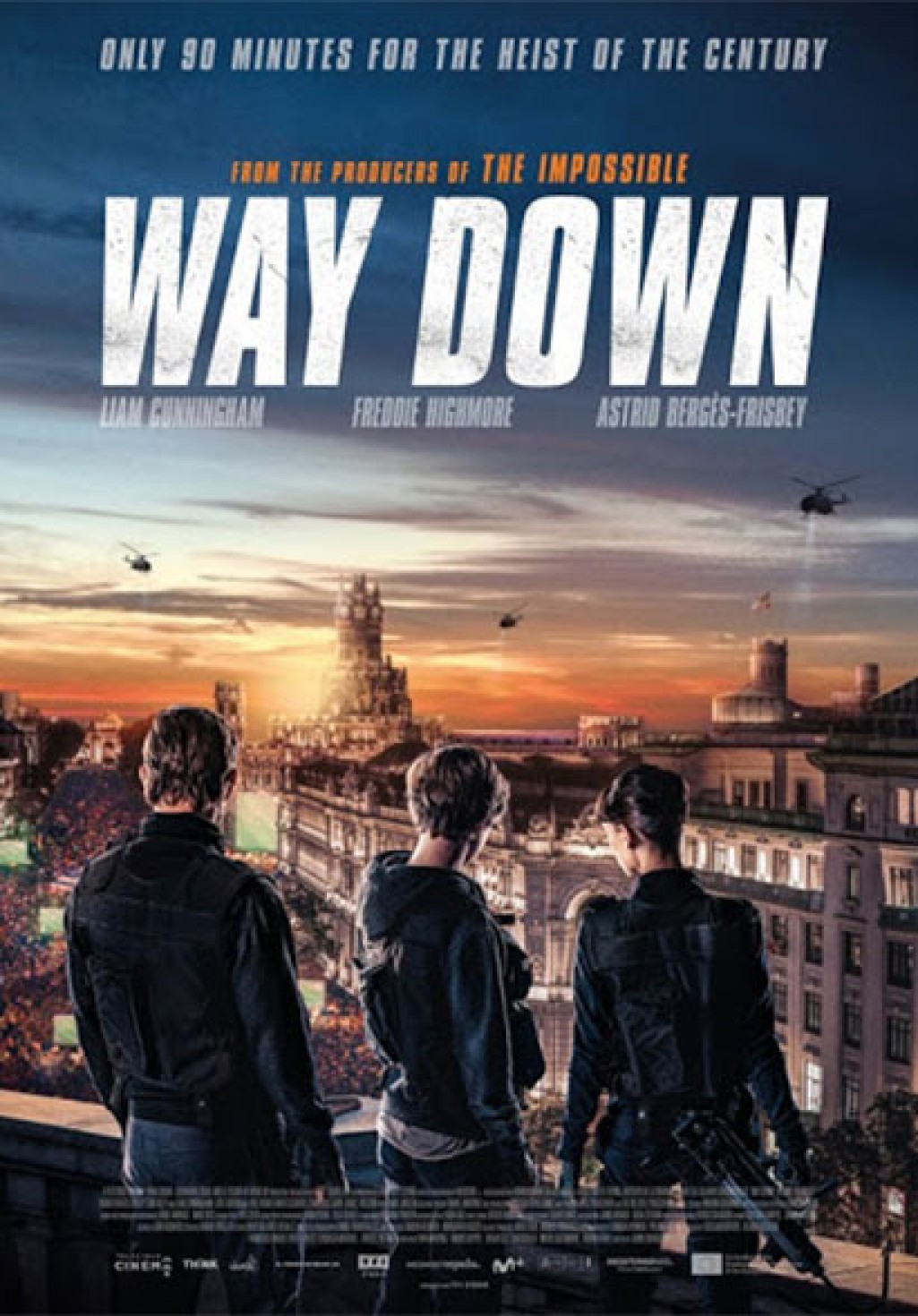 The movie stars Highmore as Thom, a genius engineering graduate whose interest is piqued by the Bank of Spain whose safe, built over 100 years ago, has no blueprints and whose security system includes an underground river that floods the safe room if breached.

Learning that a legendary lost treasure will be deposited in the bank's safe for just 10 days, Thom masterminds a meticulous plan along with charismatic art dealer Walter "Cunningham" to break into the Bank.

But they have only 90 minutes to do so, when the bank's staff will be mightily distracted by the 2010 soccer World Cup final, played by Spain and re-transmitted on a giant screen which, as chance would have it, will be erected just in front of the Bank of Spain.

Way Down: The Heist of the Century takes place in cinema